That face you make when realize you forgot about NANOWRIMO…

So far, I’ve done a post every NANO eve about what novel I’m going to write…well, I didn’t do one this year because…I FORGOT ABOUT THE WHOLE THING!

It’s not that I’ve been sitting around doing nothing, though.  I’ve been working, crocheting, and working on proofreading my Riverwood stories.

(Plus, on the eve of Nano, I had my first time with Jury Duty to deal with, so my mind was pretty full with that..)

Though I am sad that I forgot about NANO, I feel it’s probably for the best.  I don’t think I’ll have much time this month to work on anything :(, and, frankly, I don’t have a plot ready.

I am currently working on a book (besides the Riverwood ones) but it is not one I can write in ONE MONTH.  I’ve actually been wrestling around with the idea for about a year or two now, and I still have a lot of research to do.

But, to all fellow writers participating in NANOWRIMO, good luck and KEEP WRITING!!

Tis the eve of NANOWRIMO…are you ready?

Tonight I will be going over the final details on my book idea, making sure each characters character is fitting, and hoping that New York will get another W…sorry, got distracted there.

Now, moving on, here is an idea of what the plot of my book is:

Nathan and Dorothy Warner own a farm, which provides food and money for themselves and their two daughters, Cate and Robin—who is actually adopted.  The Warner farm is in bad shape.  The barns are falling apart, the fences need mending, and the chicken coops are leaking.  Due to bad crops and a back injury, Nate Warner is unable to fix his place up himself or hire help.  One day, a young man named Joseph Collins, shows up who is willing to help the Warners get back on their feet.  Cate is quite taken by him, but is shattered when she learns that his father owns a business which has been making offers to buy the Warner place.  Has Joe been lying to the family about his intentions, or is he sincerely trying to help a family in need?

Are you paying attention?…

Okay people, after careful consideration—and finally figuring out my password—I have decided to participate in NANOWRIMO this year!!

It starts in just three days…pressure.

It’s not that I am totally unprepared; I have my characters set, the plot summary, and even the book title.  Still, something just feels different about this years preparation compared to last years.

Last year was the best time I’ve had doing NANOWRIMO so far.  Okay, so it was only my second year… But I knew the characters like the backs of my hands, and I knew exactly how the story would end, and where it would leave my beloved characters.  I am even planning a sequel for that book, but it may be in my best interest to give myself more than a month to write it.  If I had not prepared myself well last year, I never would have made it.  The book was long, and the most detailed thing I’ve ever tried writing.  It came out well, but I know I could have done better had I had more time.  I am hoping that the sequel will maybe be even longer, and there will certainly be lots more going on, with even more characters.

But anyway, I’m getting away from the point of this post: THIS years novel.

It was hard coming up with a simpler idea this year.  I would—for the first time in my life—like to write a shorter book.  My goal is 120 pages.  I thought of several ideas for this years challenge.  One was a mystery, since those are my most favorite types of books.  (SHERLOCK HOLMES) eh-hem… It is still my goal to write a mystery book someday, and I am quite interested in attempting to write this somewhat haunting tale.  The unexpected turns are always pleasing in books, which is why I love mysteries.…like Hound…creepy.

Then, I thought of how it would be interesting to write a love story.  I thought of one, and even thought up all of the characters; however, it was lacking something…a full idea of what could happen.  Again, I still would like to write it someday, but it needs more details.

There was one more book idea I had, which I had already started writing sometime ago.  It was a book dating back to the times before my latest novel.  It’s title is, The Witch of Brookshire.  But still, the idea of a love story was very appealing to me, and since last years novel was a war story (and TWoB would be one as well), I’ve decided to go with a love story.

Finally, I decided on a story about a family who lives on a farm, which is beginning to fall apart.  Love stories seem like they are hard.  So many have been done, and all the good ones seem to be the same plots.  They hate each other because they love each other, there’s a triangle involved, etc.  My idea, I’m sure, has been done before, but as people say, “not with your characters!”

As soon as one saw the other, they began to cry.  It was a strange thing for both of them to do at their age, but it could not be helped.  For all of what their past holds, this moment seemed so surreal.  What Broderick dreamed of the most when he was a child was no longer a dream, but reality. “You made it, brother,” Farerick finally said, and embraced Broderick with a smile.

Well folks, tomorrow is the last day of NANOWRIMO, and I hope everything has gone well for all the participants.

Now then, I have been waiting a whole month to say this.. Ehem… I WON! Ehem…thank you for listening.

It was a long/short month, for sure.

Here is a quick summary for you:

When Riverwood is in danger of going into war with the goblins, the ill-stricken king calls for his finest Horseman, Broderick, to lead his men to fend off their enemy.  During this time of preparation, the king dies, bringing forth his son, Deyorn, to the throne.
Now king Deyorn—with bitter emotions towards Broderick—and a little persuasion from one of the local lords—decides not to send the men into battle.  Broderick must now fight with himself whether he should follow his king’s orders and have the possibility of his homeland going into desolation; or disobey and  have the possibility of being discharged from his position.

And that is it.

Now, I know NANO is over, but that doesn’t mean you should stop writing.  Keep at it!

Before the day goes on, I want to wish everyone of my readers a Happy Thanksgiving! Thank you all for reading, liking, and commenting; I hope you have enjoyed.

Another quick thing I am thankful for is…I FINISHED MY NOVEL!!!!!!!!!!

Give Thanks to the Lord, for he is good.

(P.S. I would have named you all, dear family, but that would have taken a long time…You know who you are, LOVE YOU!)

I was looking through my novel again today—reading over some old chapters—and found this:

The dances were much slower songs were without rhythm.

Hmm… I wonder what that is suppose to mean?

Well, it’s getting down to the wire and we’re all a little tired, right?

How we may feel sometimes during NANO… 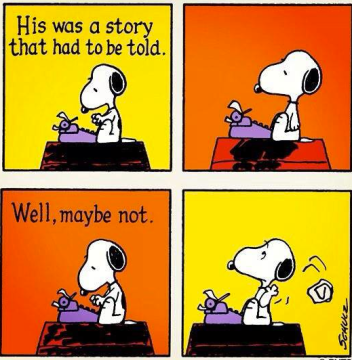 I never thought I would work so hard in my life.  It was long days, trying to convince everyone that this was the right path to take.  I know it is going to be hard, I know it is going to be painful.  I worry for my life, for the life of my little brother as I watch him sleep beside me.  We both know what the outcome of this fight could be, but in the end, we remind ourselves what the cost will be if we cower into the shadows as they wish.  I wonder what the future holds for us when we cannot stand together like brothers in arms?

(Excerpt from my novel this year)

Is everyone ready? Good luck and happy writing!! 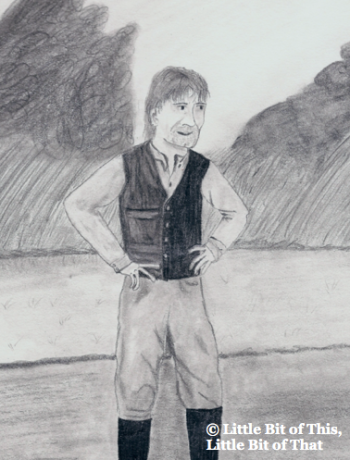 Is anyone out there as excited as I am for NANOWRIMO to start? Well, if you are writing up ideas, re-writing up better ones, playing out scenes in your head as you’re trying to sleep, spending all your spare time writing down more ideas—alright I almost have my whole book written down—HUH!—then yeah, you’re about as excited…

I cannot help it—it just excites me! The thought of all that writing, who knows how many people across the world spending November writing down their own personal stories.  But when I am through thinking of all that part, I think of my own story.

Last year was my first year participating.  I reached my word-count goal, which was about 40,000—(I even went over it a bit).  Anyway, just for fun, I tested out theWord-Count Goal Calculator to see what it said my word count could be…it said 171,360… Not really what I had in mind, but whatever.  (Not that I wouldn’t love to write a novel with 171,360 words, but I just don’t see it working out very well.)

So anyway, if you are a novel-writing lover like myself, feel free to leave comments on your experiences! Do any of you know yet what your novel shall be about, or do to just wing it when November 1st hits?

(drawing above is of the main character for my novel: artwork by me)